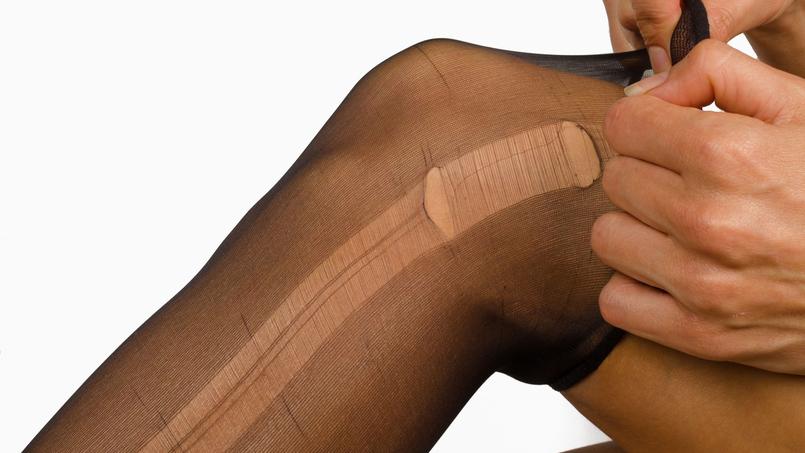 When it comes to planned obsolescence, there is one particular case that really infuriates me. I wear tights most days and I’m all too familiar with ladders forming in them. This can happen on the first time wearing them and even if I try to minimise the damage by coating the edge of the ladder with clear nail polish (if you’re not familiar this is a handy technique for stalling the growth of ladders), inevitably I will find myself having to throw them out. Being too young to know any better, I have been under the impression that this is just the way tights are, the thin material means that they are susceptible to tears and there’s nothing you can do about it.

However, after some research, I discovered to my horror that this is not the case. In 1940, the french manufacturers Dupont invented a revolutionary fibre. Nylon. This was a game changer for woman around the world. This new, flexible and STRONG material was perfect for stockings. These nylon stockings were in fact so strong that they could tow cars! I would love to see someone attempt to tow a car with the tights available on the market today. These stockings were simply too good and stocking manufacturers started to panic. If these tights were so durable then no one would be back to buy replacements any time soon. 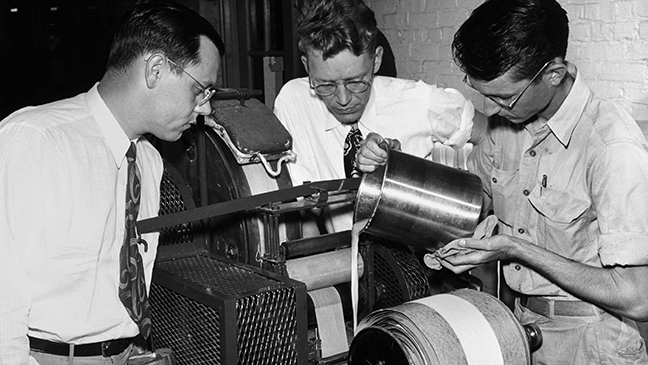 Now this is where the shocking part comes. Dupont actually sent their scientists back to the lab to adjust the chemicals in the nylon so that they would become weaker. This would make them more susceptible to tears and ladders and therefore force woman to keep buying new stockings when their old ones became unwearable. I think this is utterly ridiculous. It’s such blatant planned obsolescence.

Also to save money, tight manufactures make tights in the form of tubes, not considering the actual shape of a human leg. This makes them much less ergonomic and more likely to rip when putting them on.

The french association Halte a l’Obsolescence Programmee (“Stop Built-In Obsolescence”) recently carried out a study which found that 72% of woman said that their tights would break on average after only 6 uses. The study blamed this lack of durability on 2 factors: the low quality fabric and the use of additives that make the fabric weaker. It accused companies of soaking the tights in chemically-treated water, which they claimed made the tights softer, when in fact this also makes them more fragile, significantly reducing their durability. I think this is so unethical and should be banned. The idea that manufacturers can manipulate the chemicals to ensure their tights will break sooner is outrageous.

In recent years, there has finally been some uproar about planned obsolescence, with tights being one of the products put under the spotlight. In France, which is a leader in fighting planned obsolescence, a new government initiative is being put into place from 2020 which introduces a voluntary label, indicating the expected lifespan of a product. Hopefully this will make companies increase the durability of their product as no one is going to buy a product that says it’s likely to break after only a couple of uses. I think this is a great idea but it is not enough. In order for companies to be forced into changing their ways this needs to be made compulsory.

Tights are just one of an extensive number of products that have been altered to be less durable. In fact I would argue that most mass produced products have been tainted by planned obsolescence to some extent. The time has come for more governments to tackle this injustice and put in place legislation that ensures the consumer isn’t being cheated when buying a product.