Does technology define humanity? I was asked this question the other day and my instant response was yes. I am very wary of the influence technology is having over the way we behave. However when I thought about it a bit more I started to question my initial response. Yes technology has a great impact on how we live our lives, but I wouldn’t say it defines our humanity. Humanity is on a much deeper level that technology has been able to reach. I wouldn’t rule out this changing in years to come though. I feel we are on a dangerous path that may lead technology controlling us rather than us controlling technology.

I am not alone in this concern. There have been many predictions on how technological advancements will impact how we behave in the future. What I find fascinating is the predications that have been made in the past about the future we live in now, particularly in films. Blade Runner (1982) is a great example of this as the film is based in a dystopian Los Angeles in the seemingly distant future of 2019. Now don’t get me wrong, some of the predictions are a little off, as far as I’m aware there aren’t any synthetic humans wandering the streets… However the film did get some things right. Video calling makes an appearance which plays a big part in the way we communicate today. Digital billboards have a big visual impact in the film and certainly reflect the aesthetic of our modern cities. 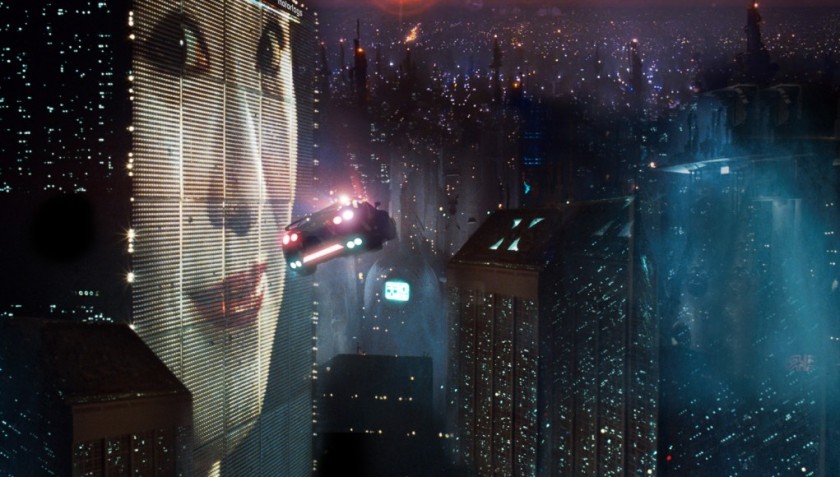 Blade Runner had a very pessimistic way of predicting how technology was going to impact us. It presents LA as this dark, gloomy place that is only lit by the harsh lighting from the digital billboards. I think it’s interesting that the film has taken a dystopian view of the future rather than a utopian one. We are often promised that technology will lead us to a future of paradise and prosperity. However I am sceptical of this, I think technology is not all positive. The constant presence of technology in our lives is having a detrimental impact on the way we behave and interact with each other and I can only see this getting worse.

The biggest cause of this is the mobile phone. If you ever stop and look around, at any given moment, there will be a sea of eyes glued to the screens of their phones. I feel this problem has crept up on us. I couldn’t pin point when this started to become such a common sight. Having these devices on our bodies at all times are causing them to almost become part of us and this is where I worry about technology having an impact on humanity itself.

Until the end of the world (1991) is another film that predicted the way technology would evolve and in particular our addiction to a handheld device. In the film there is a device that can record people’s dreams and one of the main characters, Claire, is drawn in by this. There is a scene at the end of the film which I feel has a hauntingly accurate vision of the way things are heading. Claire is found sitting in a cave manically staring at the screen of the dream device. When the device runs out of batteries and she is refused any replacements she has a complete meltdown.

I think this is, although maybe slightly dramatised, a scarily accurate prediction of how dependent we are becoming on our mobile phones. The addiction Claire has to the device has resulted in her losing her sanity. Watching this did make me further question the impact technology has on our humanity. At this stage I would not yet say it defines us but if we continue to rely on technology the way we are now I think it could reach a point where it is so integrated into human life that it is hard to determine where the human ends and the technology begins.